Voice of the People

Continuing to fight for justice

Thirty-four years of fighting a wrongful conviction suggests that Maine does not have a functional “justice system.”  Instead, we suffer a flawed legal system.

In my case, these particular legal failings are well documented, along with several other obstructions of justice.

In this latest round, DNA testing was limited to the remaining evidence introduced at trial by the state.  Some of those items were handled solely by a perpetrator, or perpetrators, and the most sophisticated state-of-the-art DNA testing excludes me.  What kind of legal system compels prosecutors to argue against the significance of those results?

When evaluating the newest exculpatory DNA tests, will our legal system finally support truth and justice, or will the status quo continue to be maintained at any cost?

(below picture of Dechaine in court in 2012): Dennis J. Dechaine, right, shown in court in 2012, has been in prison since 1988 after being convicted in the murder of 12-year-old Sarah Cherry.  Maine’s legal system has consistently worked to disallow DNA testing of any evidence that might exclude him as a perpetrator, says Dechaine. 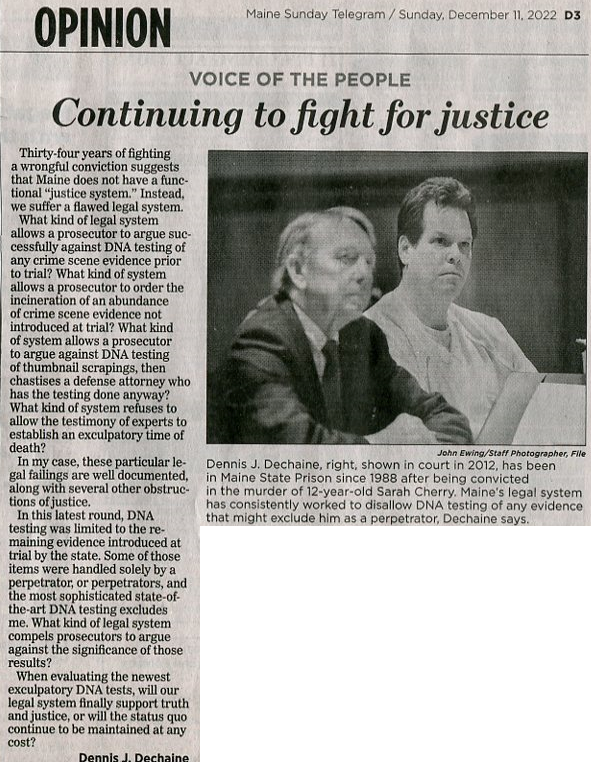