Voice of the People

Continuing to fight for justice

Thirty-four years of fighting a wrongful conviction suggests that Maine does not have a functional “justice system.”  Instead, we suffer a flawed legal system.

Commentary: Inaction on Dechaine DNA revelation should be the final straw

The latest development in the murder case offers further proof, as though any more were needed, that our state's criminal justice system is broken.

By Jeffrey Evangelos Special to the Telegram

Nov. 6—New, state-of-the-art DNA testing has failed to tie Dennis Dechaine to items used in the 1988 kidnapping and murder of 12-year-old babysitter Sarah Cherry, prompting his defense team to say they will seek a new trial.

David Guffey lived up the road from the home where the 12-year-old was babysitting at the time of her abduction.

David Guffey, a convicted sex offender who lived up the road from Sarah Cherry, has never been publicly linked to her murder. But police questioned him at one point, and his victims believe he could have been involved.

New DNA testing ordered by a judge could soon determine whether there is anything to their suspicions.

Could a notorious serial killer have murdered Sarah Cherry?

Dennis Dechaine was convicted in the horrific 1988 slaying of the 12-year-old Bowdoin girl but has been granted a chance to test evidence with modern DNA techniques. Some believe the profile of the late Richard Evonitz might emerge.

BOWDOIN — Thirty-four years ago this summer, 12-year-old Sarah Cherry was abducted in broad daylight from a home where she was babysitting. Her body was found two days later mostly hidden under leaves and brush in the woods about 3 miles away. She had been tortured with a knife, sexually assaulted with sticks and strangled to death.

MADAWASKA, Maine — Longtime supporters of convicted child killer Dennis Dechaine  say they are encouraged by a judge’s ruling in favor of new DNA testing in his case, and are raising money to pay for the tests.

A Knox County jury convicted Dechaine in 1989 for the kidnapping, sexual assault and murder of 12-year-old Sarah Cherry who was babysitting at a Bowdoin home when she went missing on July 6, 1988. Her body was found two days later covered by brush in the woods several miles away.

Dechaine has unsuccessfully appealed his conviction five times over the years. His last effort was rejected by the Maine Supreme Judicial Court in 2016. In his latest request, Dechaine hopes the results of new DNA tests will allow him to have a new trial and ultimately exonerate him.

Beyond a reasonable doubt? 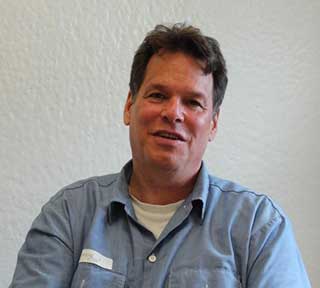 Getting this evidence admitted is another story

This is the first of a three-part series. Part 2 will look at the legal options available in this case. In Part 3, we will publish an interview with Dennis Dechaine himself.

In perhaps the most notorious criminal case in Maine history, then-31-year-old Bowdoinham farmer Dennis Dechaine was convicted in 1989 of the kidnapping, sexual assault and murder of 12-year-old Sarah Cherry of Bowdoin.

Destruction of DNA evidence an obstacle to new trial for Dechaine

This is the second article in a three-part series. Next week, hear from the man at the center of this story. For Part 1, "Accumulating evidence in Dechaine murder case raises questions," visit knox.villagesoup.com.
Please see clarifications at the end of this article.

After conviction at trial, a person has a few narrow avenues for getting his case re-examined. Maine's criminal procedure allows convicts to appeal the decision and ask for a new trial within two weeks of the verdict or within two years of the judgment if there is newly discovered evidence. After that, only two options exist: They must show the judgment was illegal or prove that they are innocent based on DNA testing.

For Dennis Dechaine, now in his 28th year in prison after being convicted of the 1988 murder of 12-year-old Sarah Cherry, the possibility of getting a new trial has been made increasingly difficult by obstacles the state has introduced, most notably the destruction of DNA evidence, including semen found on the girl, before it could be tested. The only evidence that remained was not enough, in the opinion of the courts, to justify a new trial.

A conversation with Dennis Dechaine

Warren — In this final part of a three-part series, we interview Dennis Dechaine at Maine State Prison, where he has served nearly three decades of a life sentence for a crime he says he didn't commit. The interview took place June 10.
Please see clarifications at the end of this article.

You've had so many denials of your appeals to have your case retried, and you are about to file another federal petition. How do you maintain hope after all these years?

I have my ups and downs. There are times when I like to think that I can choose the hour of my departure because I get so disheartened by the whole process. There are other times when I feel that I can do this for years on end. The bottom line is, I find meaning in my life through my relationships. I have a great number of friends. I've met hundreds of new friends since I've come to prison, and I'm talking about people from the street. At one time I had hundreds of people on my visiting list. I have fewer now; they revamped the system. But I get a lot of visits. I spend a lot of time on the telephone to my family. So I'm very close to my family, and they're very supportive of me and will do anything for me and, you know, I come from a wonderful family.

Part 2 of a separate three-part investigative report on this case is running in papers July 21.

Dennis Dechaine, the Bowdoinham farmer who was convicted in 1989 for the kidnapping, sexual assault and murder of 12-year-old Sarah Cherry and has been held at Maine State Prison ever since, submitted an application to file a second writ of habeas corpus at U.S. First Circuit Court in Boston on July 16, in which he asserts his innocence and presents ten grounds on which his constitutional rights have been violated.

Bob McLaughlin’s obsession began on a spring night in 2004 outside his home, his gaze fixed on an intense glow that hung above the hillside.

McLaughlin, an advertising writer, had just bought a house on the edge of South Pond in Warren, a two-mile stretch of water surrounded by trees just west of Route 1. Looking over the pond, he could not help but see the halogen lights looming.

[Retired Federal agent: ATF, Organized Crime & Racketeering Strike Force, INTERPOL. Note: As an old cop, I entered this case to prove to the defendant’s supporters that he was guilty and the law had done its job.]

EXAMINE THE EVIDENCE, BE A JURY, REACH YOUR VERDICT BASED ON  EVIDENCE, BUT YOU’LL HAVE FACTS JURORS IN THIS CASE NEVER HEARD.

Between noon and 3:00p.m. on Wednesday, July 6, 1988, twelve-year-old Sarah Cherry was abducted from the Henkel house in Bowdoin, Maine where she was babysitting. On Friday, July 8th, her vandalized body was found in a woods, three miles away.

From the Kennebec Journal

A judge must decide if the Maine man convicted of murdering 12-year-old Sarah Cherry in 1988 gets a new trial.

The legal fate of Dennis Dechaine now rests, as it has for 25 years, in the hands of Superior Court Justice Carl Bradford.

Bradford, 80, retired in 1998 but is still an active judge and is called upon to preside over certain cases, including that of Dechaine, whom Bradford sent to prison for life in 1989.

On Thursday and Friday in a Portland courtroom, Bradford listened to testimony from DNA experts. He now awaits written arguments from the defense and prosecution before he determines whether Dechaine is granted a new trial.