Twenty-three years after he began serving a life sentence for the kidnapping and murder of 12-year-old Sarah Cherry of Bowdoin, Dennis Dechaine was back in court today seeking a new trial. Dechaine has had several previous unsuccessful appeals. But even before his 1989 trial, Dechaine and his attorney argued for DNA testing, saying it could help clear his name. And now they must convince a judge that what DNA evidence currently exists would have been enough to change jurors’ minds had they considered it at the time.

Few Maine murder trials have been as well-publicized, or attracted as large a following, as Dennis Dechaine’s. The crime was horrific: a 12-year-old girl abducted from her first babysitting job in rural Bowdoin, eventually found tortured and strangled in the woods about three miles away.

Dennis Dechaine, a 30-year-old farmer, immediately became the prime suspect. A notebook and receipt with his name on it were found in the driveway of the house where Cherry had been working. Dechaine’s truck was found several hundred feet from her body. Rope used to bind her wrists was consistent with rope found in his truck and at his farm.

Reported By: Susan Sharon of MPBN 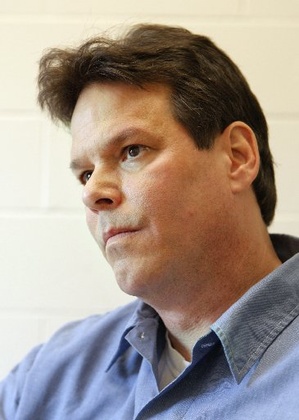 PORTLAND — Dennis Dechaine is in court today making a bid for a new trial.

Dechaine is now serving a life sentence for the 1988 murder and kidnapping of 12-year-old Sarah Cherry in Bowdoin.

Dechaine’s lawyer, Steve Peterson, is trying to convince Superior Court Justice Carl O. Bradford that the jury would not have convicted him had they been presented with DNA evidence extracted from a clipping of the girl’s left thumbnail. Testing indicates that the victim’s blood as well as a partial DNA profile from an unknown male donor are present on the nail clipping.

PORTLAND, Maine (NEWS CENTER) – It’s been one of the most publicized cases in Maine. Today the person at the center of it was back in court. This is Dennis Dechaine’s fifth and perhaps last attempt to get a new trial.

He was convicted of a horrific crime. An innocent 12-year old girl kidnapped, Tortured and murdered. 24-years later Dechaine is still fighting to clear his name in the murder of Sarah Cherry.

The state claims there is overwhelming evidence against Dechaine. The defense says a small piece of DNA can clear him. The sample was taken from the fingernail of the victim. The DNA matches Sarah Cherry and another unidentified male. It does not match Dennis Dechaine.

“We have to show by clear and convincing evidence, which is a high standard, that a jury probably would have went in another direction if they heard this DNA evidence. We know what the burden is”, said Dechaine’s attorney Steven Petersen.

It’s based on DNA – not his – that jurors in his murder trial did not know about.

PORTLAND – Dennis Dechaine’s bid for a new trial hinges on a fragment of DNA from a thumbnail clipping.

At a hearing next week, Dechaine’s court-appointed lawyer will try to convince a judge that the jury would have acquitted Dechaine of the 1988 kidnapping and murder of 12-year-old Sarah Cherry had it known about the DNA.

Dechaine has previously made four unsuccessful appeals, and his lawyer, Steve Peterson, has characterized this effort as Dechaine’s last, best chance.

PORTLAND — Dennis Dechaine’s bid for a new trial hinges on a fragment of DNA from a thumbnail clipping.

At a hearing next week, Dechaine’s court-appointed lawyer will try to convince a judge that the jury would have acquitted Dechaine of the 1988 kidnapping and murder of 12-year-old Sarah Cherry had it known about the DNA.

Dechaine has previously made four unsuccessful appeals, and his lawyer, Steve Peterson, has characterized this effort as Dechaine’s last, best chance.

Dechaine, 54, is serving a life sentence for the crime he says he did not commit. His defense contends that the unidentified male DNA extracted from the nail clipping from Cherry’s body points to the real killer. The state maintains that the thumbnail clipping was likely contaminated and that the DNA is irrelevant.

(WASHINGTON) — More than 2,000 people who were falsely convicted of serious crimes have been exonerated in the United States in the past 23 years, according to a new archive compiled at two universities.

There is no official record-keeping system for exonerations of convicted criminals in the country, so academics set one up. The new national registry, or database, painstakingly assembled by the University of Michigan Law School and the Center on Wrongful Convictions at Northwestern University School of Law, is the most complete list of exonerations ever compiled.

They found that those 873 exonerated defendants spent a combined total of more than 10,000 years in prison, an average of more than 11 years each. Nine out of 10 of them are men and half are African-American.

Was cause of justice served by judge’s ruling?

KJ Online Article: Was cause of justice served by judge’s ruling?

The many recent exonerations of wrongfully convicted persons because of improved scientific forensic tools have exposed flawed judicial systems nationwide.

Too often the prime focus of courts is on a strict adherence to legal procedures that stifle the search for the truth. As a result, a number of state courts now accept overriding pleas of “actual innocence.” Regrettably, Maine Superior Court Justice Carl Bradford, in a 2011 ruling, denied a claim of actual innocence entered during a preliminary hearing on Dennis Dechaine’s 2008 motion for a retrial.

PORTLAND, Maine — Convicted murderer Dennis Dechaine, who has been trying to prove his innocence for more than 22 years, was dealt another setback Friday when a judge ruled against his attempt to introduce two expert witnesses who Dechaine’s attorney said believe he could not have been the killer.

Defense attorney Steve Peterson of Rockport said he had two witnesses ready to say that based on body decomposition evidence from the 1989 trial, Dechaine was in police custody at the time 12-year-old Sarah Cherry died.

“It would have shown that he is absolutely innocent and that he deserves a new trial,” said Peterson. “[The court’s order] basically slams the door on us being able to bring in any time-of-death evidence.”

In this April 2005 file photo, Dennis Dechaine sits in a conference room at the Maine State Prison in Warren, Maine. A judge on Friday, July 29th, 2011 has allowed a DNA sample from a young murder victim’s fingernails to be tested in a database of 21,000 other samples in Maine. Superior Court Justice Carl Bradford ruled Friday in a hearing in Dennis Dechaine’s continuing effort to get a new trial in the 1988 death of 12-year-old Sarah Cherry. He was convicted in 1989 and sentenced to life for the murder in Bowdoin. (AP Photo/Pat Wellenbach, File) – Pat Wellenbach

Can a trace of DNA change this man’s fate?

In prisoner Dennis Dechaine’s latest bid for a new trial, the key piece of evidence is actually old news.

Accompanied by his attorney Steve Peterson, Dennis Dechaine listens to a reporter’s questions during an interview at the Maine State Prison in Warren on March 22. With a new appeal more than two decades after his conviction in the death of Sarah Cherry, no other case has been litigated in Maine’s court system for so long.

Maine Voices: The state can resolve the Sarah Cherry murder case once and for all

The only fair answer to all of the questions about this crime is a new trial for Dennis Dechaine.

BRUNSWICK — This controversy over the Sarah Cherry murder has gone on for 22 years. Enough is enough!

James P. Moore of Brunswick is a retired federal agent and the author of “Human Sacrifice,” a book that argues Dennis Dechaine is innocent.

The bill would have allowed the consideration of DNA evidence not available at the time of convicted murderer Dennis Dechaine’s trial nearly 23 years ago.

Members of the Legislature’s Judiciary Committee have unanimously rejected a bill that could have given convicted murderer Dennis Dechaine a chance for a new trial.

The bill, sponsored by Democratic Rep. John Martin of Eagle Lake, would have allowed the consideration of DNA evidence not available at the time of Dechaine’s original trial nearly 23 years ago.

Augusta – The statehouse hosted a public hearing on Tuesday on a bill that could grant a new trial to convicted murderor Dennis Dechaine.

The bill would amend current laws regarding post-judgment DNA analysis.

Dechaine was convicted back in 1989 of murdering 12-year old Sarah Cherry. Since then he has been claiming they got the wrong man.