Playing Trial & Error by the Bonfire

Jesse Pilgrim and the Bonfire do a couple things pretty well on their debut record, Trial & Error, that are hard to do well: create an album with a sense of place, and create an album with something to say. Combining those attributes makes for a pretty sharp piece of cowpunk and old-time folk that evokes the long musical tradition that manages to link Woody Guthrie to Joe Strummer and Shane MacGowan.

Pilgrim likes Portland pretty well — except when he doesn’t. Coming just a bit more than half-way through this 11-song, half-hour full-length, “Love/Hate” is in many ways its heart. The distorted and fuzzed out guitar paired with the quick country strum (Pilgrim and Andy Barbo) and walk in the bass (Mica Jones) is pretty indicative of the cow-punk feel record, somewhat akin at times to No Depression, other times more of a mix between Johnny Cash and Soltero’s Tim Howard.

Bill would give Dechaine a shot at new murder trial

A Maine lawmaker is proposing a bill that could give Dennis Dechaine a chance for a new trial in his bid to overturn his murder conviction nearly 22 years ago.

Rep. John Martin of Eagle Lake says the bill crafted on Dechaine’s behalf would require the state to consider DNA evidence collected after Dechaine was convicted of the 1988 murder of 12-year-old Sarah Cherry in Bowdoin. Dechaine, who is serving a life sentence, hasn’t wavered in maintaining his innocence.

In Colorado’s JonBenet Ramsey murder case, unidentified DNA on her pants eliminated her parents as suspects.

In Maine’s Sarah Cherry case, however, the girl’s pants, along with other evidence, were incinerated by the state after Dennis Dechaine filed an appeal, and the state refuses to act on the possibility that the unidentified male DNA found under Cherry’s thumbnail belongs to the killer.

The testimony of detectives regarding alleged admissions by Dechaine is contradicted by their notes, and two world-renowned forensic pathologists have concluded — as have other experts — that Dechaine could not be the killer.

DALLAS – Prosecutors declared a Texas man innocent Monday of a rape and robbery that put him in prison for 30 years, more than any other DNA exoneree in Texas.

DNA test results that came back barely a week after Cornelius Dupree Jr. was paroled in July excluded him as the person who attacked a Dallas woman in 1979, prosecutors said Monday. Dupree was just 20 when he was sentenced to 75 years in prison in 1980.

Now 51, he has spent more time wrongly imprisoned than any DNA exoneree in Texas, which has freed 41 wrongly convicted inmates through DNA since 2001 — more than any other state.

Here are 25 stories that really clicked with readers

Convicted murderer Dennis Dechaine pins his hopes for one final shot at a retrial on new DNA evidence from Sarah Cherry’s body. Courts reporter Trevor Maxwell examined the case and both sides’ arguments in this July investigation published in the Maine Sunday Telegram, which was viewed more than 15,000 times.

The attorney representing Dennis Dechaine, convicted in the 1988 murder of Sarah Cherry, said this week he was “hugely disappointed and not at all surprised” by a recent setback in Dechaine’s steps toward a new trial.

The upcoming hearing on that bid, most likely to take place early next year, will be limited to DNA evidence only, Judge Carl Bradford decided.

An order filed in Knox County Superior Court by Bradford, who presided over the original trial, denies defense attorney Steven C. Peterson’s motion to allow testimony from forensic pathologists Cyril Wecht, M.D., J.D., and Walter Hofman, M.D. Earlier this year, both experts concluded that the 12-year-old Bowdoin babysitter died after Dechaine was in custody that July night in 1988, when the heinous crime was committed.

Exclusion of opinions a blow to Dechaine 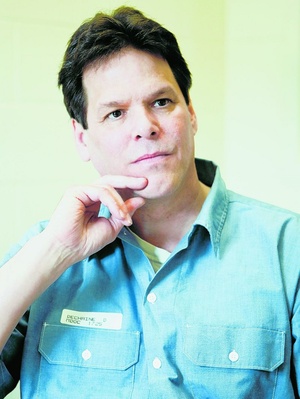 Only DNA evidence will be admitted at a hearing to determine if the convicted murderer gets a new trial.

In a major blow to Dennis Dechaine’s bid for a new trial, the judge in the case will not consider new forensic opinions offered by the defense that suggest Dechaine could not have murdered 12-year-old Sarah Cherry in July 1988.

Dechaine’s lawyer, Steve Peterson, obtained the opinions earlier this year from two forensic pathologists, Cyril Wecht and Walter Hofman, regarding Cherry’s time of death. Peterson hoped to persuade Justice Carl O. Bradford to consider those reports, along with DNA evidence, at an upcoming hearing to determine whether Dechaine will get a new trial.

Talks between the state and defense on DNA testing mean the motion likely won’t be heard until next year.

A hearing, tentatively scheduled for this fall, to determine whether Dennis Dechaine will get a new trial has been pushed back until at least December, and is more likely to be held next year.

Dechaine, 52, is serving a life sentence for the kidnapping and murder of 12-year-old Sarah Cherry in 1988 in the Sagadahoc County town of Bowdoin.

Through four unsuccessful appeals at the state and federal levels, Dechaine has maintained that he is innocent. A large group of vocal supporters continues to lobby state officials and legislators on his behalf.

Dechaine’s latest motion for a new trial was filed in August 2008, but the sides have been bogged down for much of the past year in discussions about how to do additional DNA testing on some of the evidence, which is now more than 20 years old.

“There have been some delays, but now we’re seeing progress,” said Steve Peterson of Rockport, Dechaine’s lead attorney.

LePage, answering questions about the state’s judicial system, said, “On the record, and I’ll be very candid, I do think Maine should have the death penalty.”

Maine abolished the death penalty in 1887, becoming one of the first states to do so.

LePage wasn’t asked about his stance on capital punishment. His view was unsolicited, as were his statements about Dechaine, who is currently serving a life sentence for killing 12-year-old Sarah Cherry in 1988.

LePage was addressing transparency within the state judicial system when he brought up Dechaine.

From Pokey Point Pond, I’m Douglas Christensen with my comment on things and stuff.  For years, nay, for decades, the Maine Attorney General’s office has engaged in stone-walling and a cover-up of its handling of the Dennis Dechaine case.  For those who have been living under a rock these past 22-years, Dechaine was arrested, tried and convicted of the murder of a 12-year-old downstate girl named Sarah Cherry. She lived in Bowdoin, Dennis lived in the adjoining town of Bowdoinham. He was a college-educated young man, a married farmer of 30, who had graduated from his hometown high school in Madawaska more than a decade before.

Morphine and an anti-anxiety drug were used in his suicide attempt.

Staff Writer
ROCKLAND – Dennis Dechaine pleaded not guilty Wednesday to a charge of trafficking in contraband at the Maine State Prison, where he is serving a life sentence for the murder of a 12-year-old girl.

Dechaine, 52, appeared briefly in Knox County Superior Court via closed-circuit television from the nearby prison in Warren. He did not speak during the hearing, except to tell the judge that he understood the felony charge and that he wished to enter a not guilty plea.
Prosecutors say Dechaine illegally possessed morphine and the prescription anti-anxiety drug Klonopin.
Dechaine was convicted of kidnapping, torturing and murdering Sarah Cherry in the Sagadahoc County town of Bowdoin in 1988. He says he is innocent, and his latest motion for a new trial is pending, with a hearing expected this fall.
In prior interviews and in a letter sent to The Portland Press Herald last month, Dechaine said he used the morphine and Klonopin in a suicide attempt on April 4. He would not disclose how he got the drugs, and he said he has not cooperated with prison investigators or the District Attorney’s Office.
Corrections officers found Dechaine near death in his cell. He was taken to Maine Medical Center in Portland, where he spent two weeks recovering. Since his return to prison, Dechaine has been in the specialized mental health unit.
view full story

Rockland — Convicted murderer Dennis J. Dechaine pleaded not guilty Aug. 4 to a charge that he was in possession of prohibited materials, in the form of drugs, while incarcerated at the Maine State Prison.

Dechaine, who attended the hearing at Knox County Superior Court by way of a video hearing from the prison, was represented by attorney Jeremy Pratt. District Attorney Geoffrey Rushlau represented the state at the hearing, which was heard by Judge John David Kennedy.

A close look at the claims of his defenders carries considerable weight for an online editor.

GRAY – As a news editor myself, I’m always reading for the “editorial slant.” I found the Dennis Dechaine series quite balanced, yet intriguing. In Maine for only three years, and hailing from New Jersey where Megan’s Law originated after an equally heinous murder of an innocent child, I’ve been a proponent of the death penalty for certain crimes. I bear no sympathy for perpetrators of such unthinkable crimes.