Letters to the Editor - Trial and Error - Dennis Dechaine

More than 21 years ago, Judge Carl Bradford decided that he didn’t want to waste time on DNA testing in the original Dennis Dechaine trial. Dechaine had asked to have the DNA testing done and even offered to pay for it. Then, after Dechaine appealed his conviction, the state incinerated likely DNA evidence including the rape kit, unidentified hair, and the victim’s pants, but kept items deemed evidence for the prosecution.

Soon this same Judge Bradford will be deciding whether Maine’s revised DNA statute will allow a new trial for Dechaine based on DNA of a male who is not Dechaine found under the victim’s thumbnail. Bradford has refused to consider new time-of-death findings by two renowned forensic pathologists that puts Dechaine in police custody well before the murder, and the fact that testimony given at the original trial by detectives is contradicted by their own notes.
But let’s all hope, for the sake of justice, that Judge Bradford makes a correct decision this time on the DNA evidence. Last year the state used DNA found under a victim’s fingernail to solve an even older murder case. It could also solve this case and set an innocent man free at last.

Judge doesn’t seem to want to learn the truth

It comes as no surprise that Judge Carl Bradford has declined the opportunity to consider the merits of new evidence arguably bearing on the significance of the DNA found under Sarah Cherry’s thumbnail, male DNA that was not Dennis Dechaine’s.

At the upcoming DNA hearing — hopefully it will be held soon — Bradford will, in essence, be deciding whether he erred 21 years ago when he denied Dechaine’s request for DNA testing.

Judge Carl Bradford is technically correct in the narrowest legalistic sense: Maine’s statute governing a post-judgment conviction motion does not explicitly provide for Dennis Dechaine to present other than DNA evidence to support his motion for a re-trial.

This is a little like a drowning man whose cry “Throw me a rope!” is ignored as technically impossible by someone on shore surrounded only by life preservers.

Set aside that Bradford, having denied Dechaine’s pre-trial request for DNA testing, is now caught in an obvious conflict of interest and should not even be ruling on Dechaine’s motion for a re-trial.

The man hasn’t been given a new trial yet

What is happening with the Dennis Dechaine case. The man hasn’t been given a new trial yet? The state says Dennis lied.

I know the state has deceived us. So, if I take out all the words, what would be left. Tire tracks, one similar and the rest not in the driveway of the house where Sarah was taken and none of Dennis’ fingerprints at the house tells me Dennis couldn’t have been there. Easy enough for a paper and notebook to have been dropped in the driveway. The unknown fingerprints they found at the house are “missing.” Not a single bit of evidence of Sarah being in Dennis’ truck, as well as the tracking dog not being able to pick up her scent tells me she couldn’t have been in his truck. Knots tied in the rope that bound Sarah’s hands, not knots Dennis used. Hair and fiber found on Sarah’s body and DNA under her thumbnails not Dennis’ and a time of death that makes it impossible for Dennis to be the one who murdered Sarah tells me Dennis needs a new trial and the state of Maine owes Sarah real justice.

I am baffled about the motives of Maine’s attorney general and local prosecutors for deciding to indict Dennis Dechaine for “drug trafficking.”

No drugs were found on Dennis or in his cell. There is no evidence that he bought or sold drugs. He ingested drugs in order to try to commit suicide. Had Dennis tried to hang himself with a sheet, would he have been indicted for trying to commit suicide or perhaps trafficking in bed linens?

New Zealander chimes in with opinion on Dechaine

After looking at the evidence presented recently in the Court TV documentary shown here in New Zealand, I am amazed that the great United States of America, which is undoubtedly a world leader in civil justice, has allowed such a disgrace as the Dennis Dechaine situation to exist, let alone continue for so many years.

Surely a people with a heart for truth and justice would want all of the evidence in a case such as this fully examined, leaving no possibility for error. That an innocent man is condemned to death by stealth is unkind enough without beginning to factor the injustice possibly dealt to the tiny innocent victim and her family by not properly resolving the identity of her assassin.

Nowhere is the need to avoid judicial conflict of interest more pressing than when it may affect the very freedom of an individual imprisoned for life or the certainty due a murder victim’s family that the real murderer is no longer at large.

At right: Dennis Dechaine listens to questions from a reporter during an interview at the Maine State Prison in Warren on March 22.

Both are powerfully present in the case of Dennis Dechaine.

RE: State vs. Dennis Dechaine

Dennis Dechaine is a native of Madawaska, one of the communities to which we are licensed. Members of his family continue to reside in the Saint John Valley. Many facts, some new, some old, continue to produce pivotal, but unanswered questions.  I have outlined below some of the facts various members of our audience find troubling:

Fact, Fiction & Fun, Not Necessarily In That Order 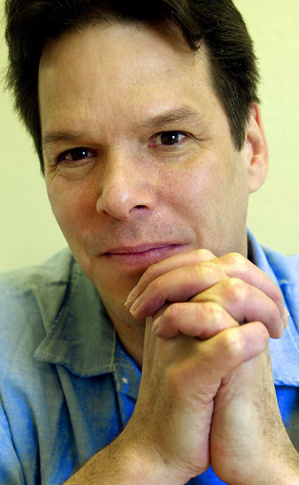 Dennis Dechaine is shown in a 2005 file photo while serving a sentence at the Maine State Prison, where he remains today.

Thanks to the Portland Press Herald for publishing an article on its front page about new opinions relating to the Dennis Dechaine case (“Analyses by two experts offer hope to Dechaine.” Feb. 25).
It is interesting that the prosecutor in the case was not and is not interested in two key pieces of evidence.

This is in response to Deputy Attorney General William Stokes’ comment about Dennis Dechaine, printed Feb. 25.

First, let me say that those “renowned forensic scientists” are putting their reputations on the line by what they have determined to be the evidence of Sarah Cherry’s tragic death timeline — something to be noted.

This would be a retrial to submit more evidence to prove Dennis Dechaine’s innocence, not just the victim’s time of death.

There is much more than just her time of death. This is so tragic because while the police had Dechaine in custody, they could have still looked for Sarah Cherry. I may add, it was found to be several hours after Dechaine’s arrest. DNA could hold a big clue that he didn’t do it.

Forensics has come a long way since 1986. Stokes is supposing that science hasn’t changed much since then. I would be very surprised if Stokes wouldn’t use DNA evidence to convict someone solely on that evidence alone.

That two renowned forensic pathologists, Dr. Cyril Wecht and Dr. Walter Hofman, have concluded that Sarah Cherry probably died 16 to 20 hours after Dennis Dechaine was in police custody should have been a front-page story, not hidden on B6.

Deputy Attorney General Bill Stokes’ response, inferring that death occurred long after her killer left the scene, was also newsworthy, especially as Stokes did not mention that Sarah’s neck was constricted to a diameter of 3 inches or less, surely resulting in a quick death.

Since January 1989, when Dennis Dechaine was first denied his request for DNA testing on the evidence surrounding the gruesome death of Sarah Cherry, this case has been massively tilted in the state’s favor.

In the 22 years since, a plethora of new evidence has been unearthed and/or substantiated that both the state and the courts do not want considered in new proceedings that surely should result in a new trial for the 52-year-old Madawaska native.

What is the Attorney General’s Office hiding this time?